great relaxing weekend it was.

the beach was lovely... very clean! been some time since i last saw a beach or beach scenery as serene as that. even the beach at karambunai wasn't as nice ( i could be biased cause we were there for our honeymoon 5+ years ago).

will upload pics soon. miss smarty pants me brought the camera along but conveniently left the usb cable at parents'. so nope, no pics for now...

i'm dead tired now. should be hitting the covers but let me just take a peek at the amended reservations for paree... :) insya Allah, in November jika tiada aral melintang.;)
Posted by Suria Khamis at 11:13 PM No comments:

Email ThisBlogThis!Share to TwitterShare to FacebookShare to Pinterest
Labels: holidays

itsy bitsy not so teeny but ultra comfy BURQINI!!

it's going to be another long weekend soon. can't wait!!

and out of the blue, hubby decided on monday that we should go somewhere. and after a string of ding-dong emails (yes, we communicate more at the office than we would at home due to time constraint) we decided for a short weekend break to pangkor island.

you see, last i went to pangkor was many many years ago. and by that i mean when i was 12 years old. muahahaha!

so you could say that i am pretty excited. :D

and of course, i've had all my outfits planned (thank god for thepoplook.com) but one question remains, what kind of swimming attire should i opt for? I mean, back in january when i went to penang, i decided to don the diving suit as i feel at that time that it was pretty decent. correction, it is not decent at all! it clings to your body and i swear that even wearing a swimming cap to cover the head doensn't help much. i felt really bad and very uncomfortable cause people were looking (okay, maybe i was being conscious, orang bukan kenal aku pun) kah kah kah! but the point is, kalau dah pakai tudung, cubala sedaya upaya tuk cari baju mandi yang menepati piawaian...

so for the upcoming pangkor trip, i have decided to wear this:


A burqini (or burkini) swimsuit is a type of swimsuit for women designed by Lebanese Australian Aheda Zanetti under the company name Ahiida.
The suit covers the whole body except the face, the hands and the feet (enough to preserve Muslim modesty), whilst being light enough to enable swimming. It was described as the perfect solution for conservative Muslim women who want to swim but are uncomfortable with revealing bathing suits.
It looks rather like a full-length wetsuit with built-in hood, but somewhat looser and made of swimsuit material instead of rubber.[1]

I bought the burqini from a local muslimah online store and received the package yesterday. as it was sent to the office, i of course didn't get to put it on till much much later (apa, kau giler nak suruh aku try kat office? ada yang kena buat swimming demo karang).  muahahahaha!

and you know what? i'm glad that someone as thoughtful and concerned as Aheda Zanetti actually came up with this idea of designing a burqini. Not only is it decent, it is also super comfy and I have no worries anymore about wearing the proper attire to swim!

yes, i am a very happy clam customer!! :D 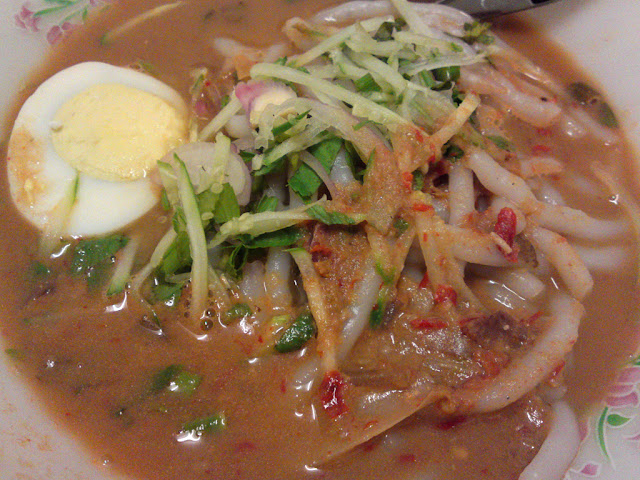 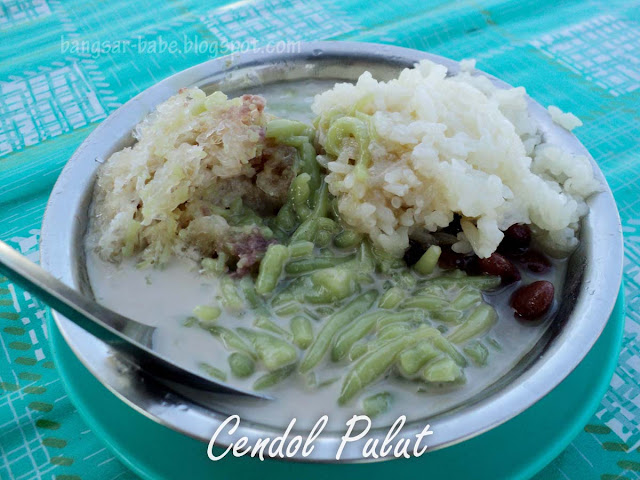 oh, here's where we are headed for the long weekend: 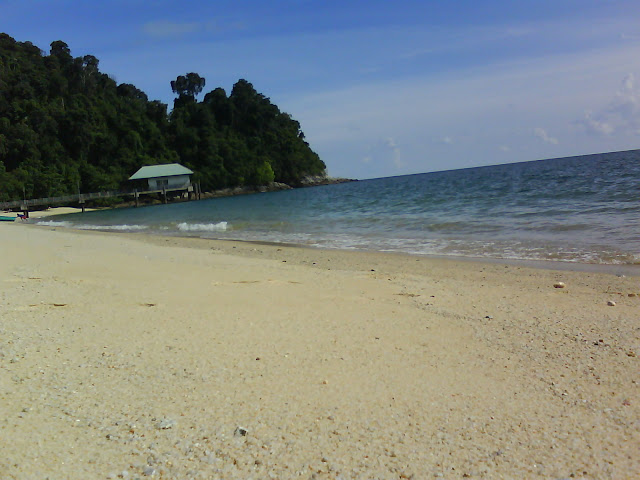 
by the way, I got my confirmation already. Was told about it on Monday and given the letter that same day. Alhamdulillah! :)

walk me to anywhere please 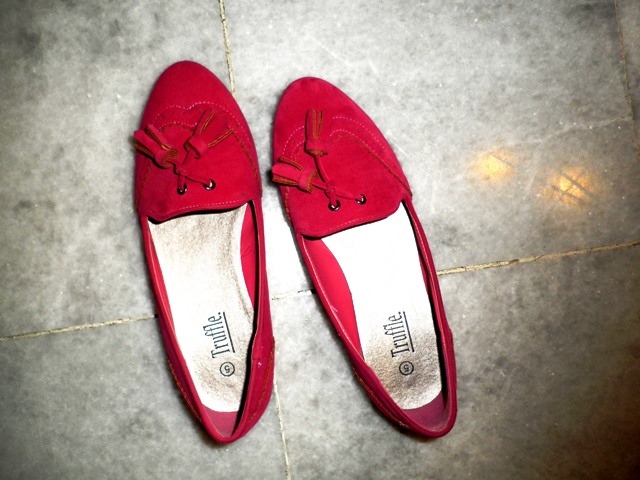 so that's the new pair of suede brogues i said i was going to get. it's in bright pink actually. got it from peacocks london for rm89 which i think is pretty reasonable. of course i have the purplish / fuchsia-ish suede ballerinas from tod's which i have still not worn. but never mind that. (refer to one of my wordless weds post).

so how have you been? i've been awfully busy at work but otherwise, all is Alhamdulillah, okay. It's just that the same can't be said about weekends. my weekends are just so mundane these days. no amount of books could help replace that sense of boredom. i even contemplated taking impromptu day trip excursions out of the city but hubby wasn't entirely game for it. sigh...

anyways, remember the book battle hymn of the tiger mother which i was going to get sometime earlier this year? well i'm on it right now and the book is really darn good!!! i foresee myself adopting the Chinese style of educating the child. ( i am already labeled as borderline abusive) so it won't be difficult to adapt this system. yes, and to those who might not have already known, i can be very hard on Ian when it comes to discipline. even my parents think that i am a bit too harsh on him sometimes. yes yes, so he's only 5. but if he can't get his writing down pat I've no problem tweaking his ears then. call me cruel, but just like other Chinese parents (i am using this term very loosely, other race would have adopted this system too) we always push for the best and i think it's true, what we are doing is just to prepare him for his / her future. of course if not done right my son will grow up hating me or having a breakdown to his nervous systems (mintak simpang)... But we always want the best don't we? even my parents pushed me hard (not as hard as Amy Chua but just as hard) and I think i grow up okay. :P

God is great. When you are in difficulty, and you seek help and guidance only from the Almighty, Insya Allah He will help you, without even you realizing. He listens to your woes, your plight and your concerns, He listens to your prayers, your hopes and your dreams.

It happened to me, and I couldn't feel happier (an no, I am not pregnant the second time around, mind you).But nevertheless, Allah SWT (for He is the most compassionate) has helped me.Alhamdulillah. He gave me light when I feel that there's no way out, when solution seems impossible.

Email ThisBlogThis!Share to TwitterShare to FacebookShare to Pinterest
Labels: gratitude

cheers to the mid week!

weekends are fun, but for a PH to fall mid-week is just awesome!!! yoddelahihooooooo!!!!

had a good sleep in. thought i wouldn't be able to go back to sleep after suboh prayers but i did! and lovely slumber it was. woke up thinking that it's probably noon, only to see that it was only 9.26 a.m. oh well, all the best we can go for a movie later. yay!!!!

had din dins with the girls last night. one of us just recently got her bonus. we were practically digging her ribs begging her to tell us how much did her co declared this time around. last year it was at 13 months. we didn't  feel that it could exceed anywhere beyond that but apparently her co declared 16 months this year. holy guacomoly!!!! 16 freaking months!!! i am to be at her co next. no compromise.:D

anyways, it was lovely catching up. dinner was at TGI friday's and i was told that the one at alamanda was the only one with the halal cert propped up at the door. it's like this, other TGI's serves halal meat too, but because they also have liquor in house they can't put up the halal certificate. it's also the same for chilli's, victoria station and a few others. but fret not because the meats are all halal. so don't get confused here ya.

anyways, i gotta log off and hit the showers. we are going to watch mirror mirror today (although Ian specifically mentioned that he wants to watch cerita gangster with a pirate ship which ladies and gents, does not exist at all). thanks.

Posted by Suria Khamis at 10:06 AM No comments:

I've decided to reward myself with  a pair of this lovelies... :)

Posted by Suria Khamis at 2:29 PM No comments:

should i shouldn't i

i wonder if i should start thinking about pursuing my masters degree now. if yes, in what then?
hmm...

Suria Khamis
A mom to an adorable son, a loving wife to a very understanding and highly tolerant husband (hee hee),an addiction to all good reads and a penchant for shopping. a self declared bagaholic just like 85 percent of the female population and at the same time trying very hard to fulfill my neverending wish-list. i used to work in corporate comms, having read PR in my uni days. well... not anymore. i'm still trying to figure out what i really want to do in life but that's a whole different story altogether. my source of contentment right now?spending my evenings munching on cadbury fingers (and loads of 'em too) and washing it down with a cup of good hot tea. it's the simple (little)pleasures in life you see, and that what makes the world seem like a happy place to be :)