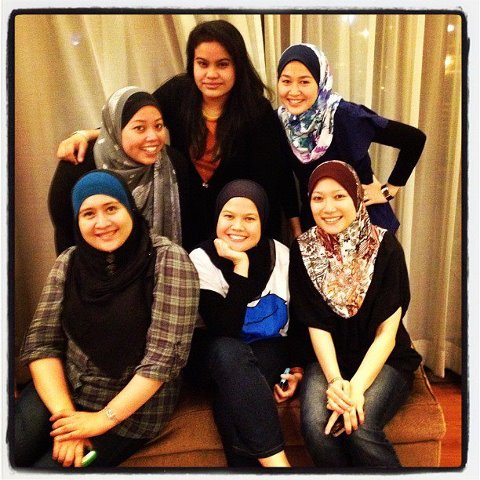 Posted by Suria Khamis at 2:44 PM No comments:

Email ThisBlogThis!Share to TwitterShare to FacebookShare to Pinterest
Labels: friends

the little things in life that makes u smile...

sometimes, it's the little things in life that makes your heart swell with utter happiness. And in my case, it's this...

i can never ever say no to red velvet cupcakes. and i love the ones from whisk. it's not sweet at all, which makes me feel less guilty eating in twos or threes... :)
Posted by Suria Khamis at 1:57 PM No comments:

am too lazy to write... i guess i will leave it to the pictures to do the talking... :) 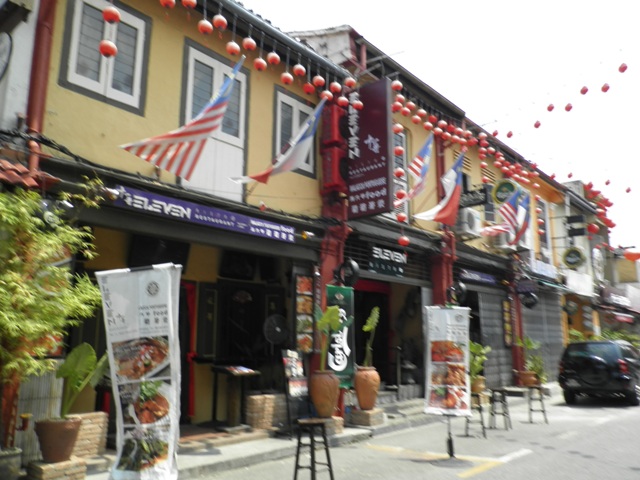 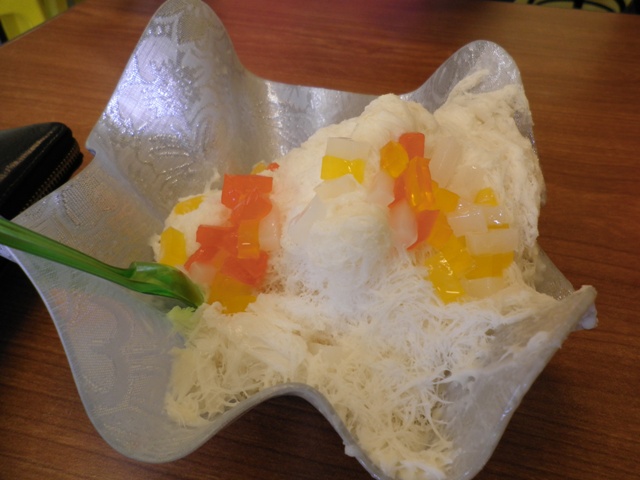 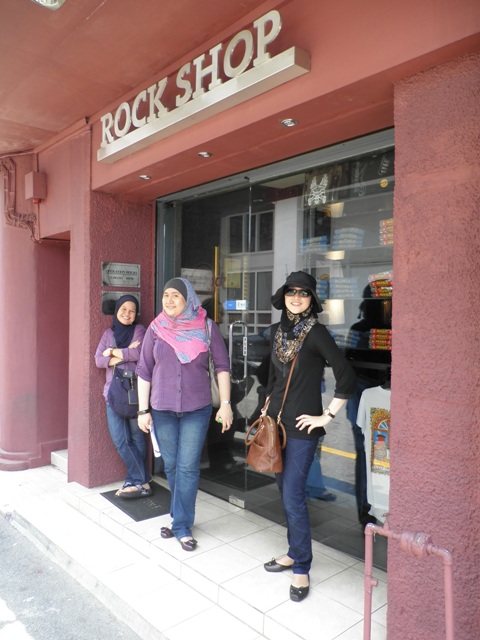 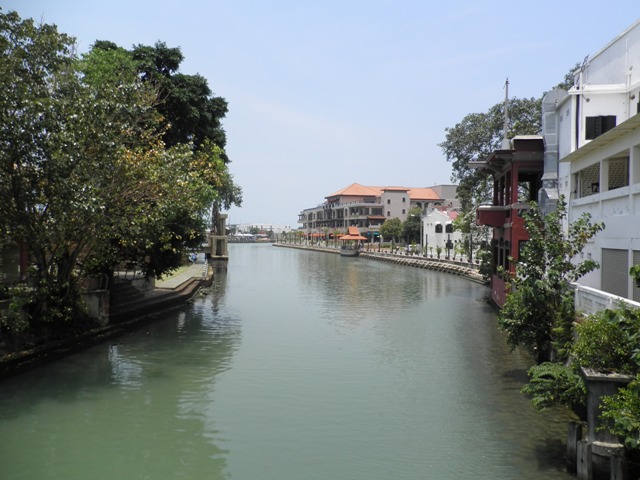 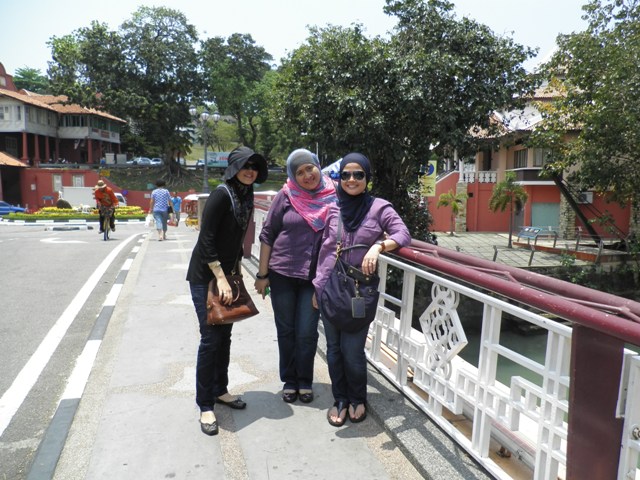 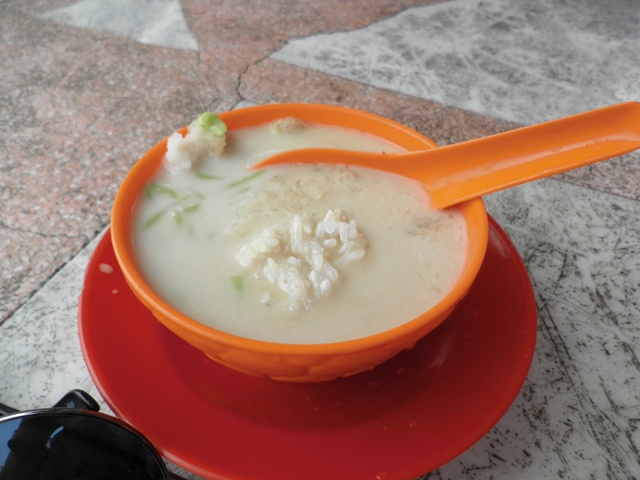 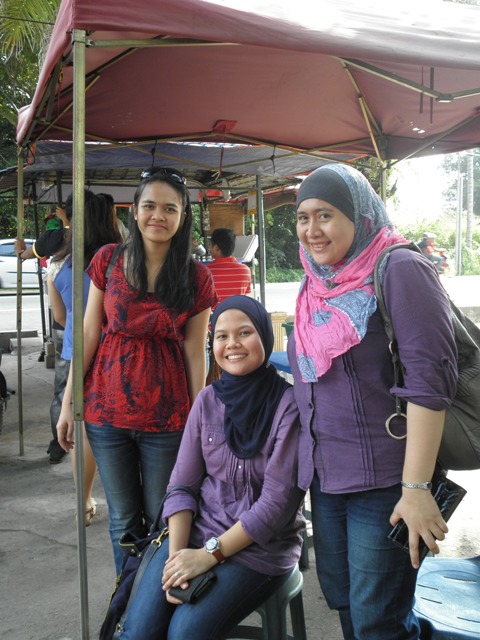 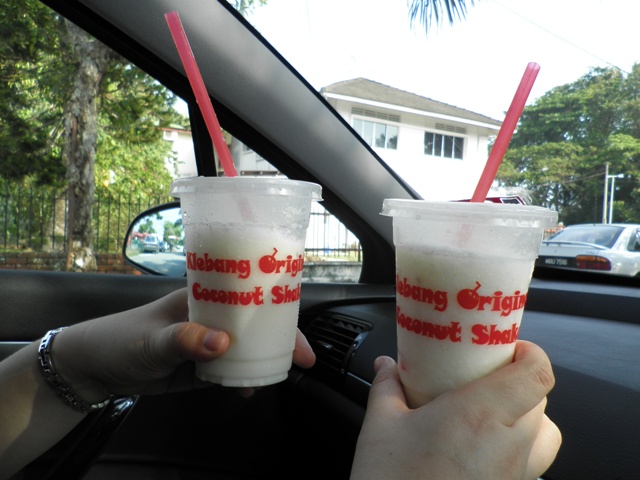 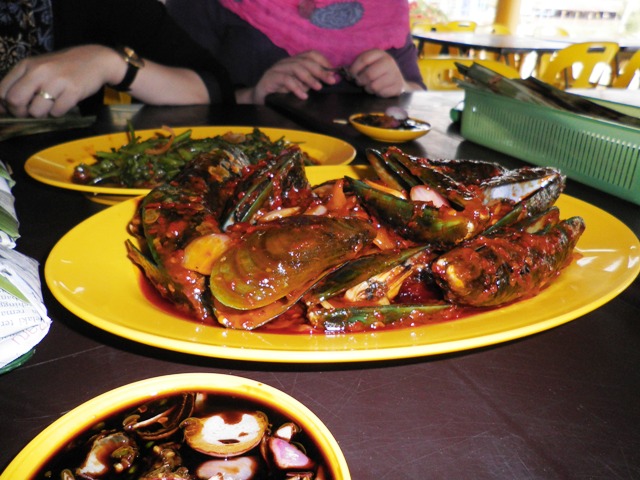 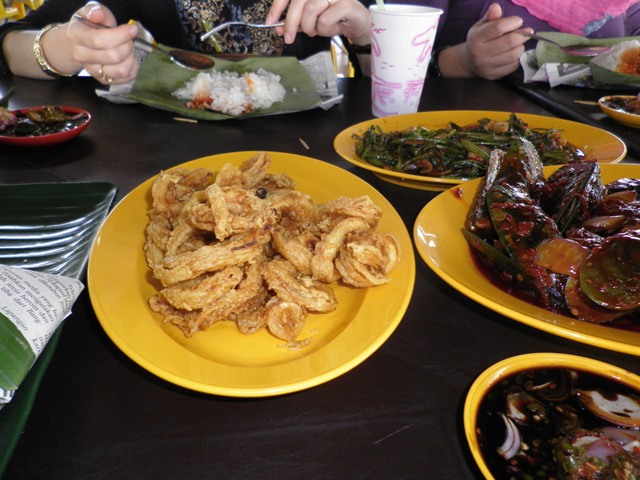 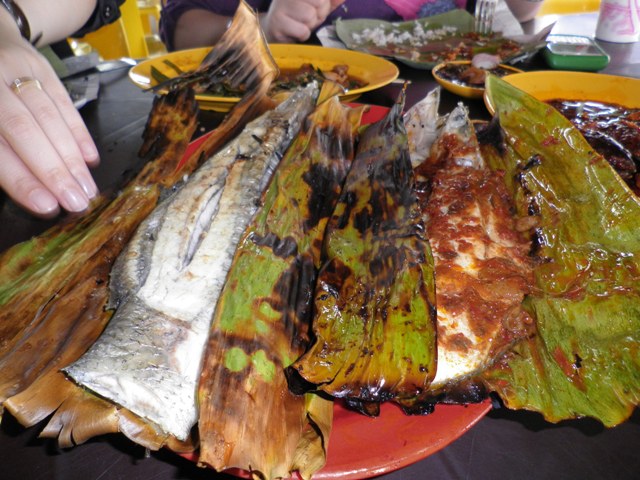 Posted by Suria Khamis at 8:34 AM No comments:

All life is an experiment. The more experiments you make the better.
-ralph waldo emerson-

i don't like blogging about work. i used to... alot .... but that was many many years ago cause i find it depressing. besides, why bother talking about work when a gazillion other people are having probably sharing the same sentiments, feeling, ideas about work?

by the way, had o'briens classic tripledecker for lunch. i'm stuffed now. Alhamdulillah. i eat alot nowadays. (i mean, it's not new, i've always been an eater of sorts). i enjoy good food. i love trying out places where good food is served. but i need to cut back on eating. nothing to do with weight issues (even there are any, i am in denial). it's more of food nowadays are becoming very expensive. dining easily costs close to rm100 (i know it depends on the place you go) but it is still costly, if you get what i mean...

amongst some of the worse feeling in the world...


i'm gonna be off radar for a very very short while... need to get myself well rested.especially when the whole of next week is going to be a real busy one for me! *blimey*

have a good remaining weekend peeps!
Posted by Suria Khamis at 2:47 PM No comments:

so zoo negara wasn't bad after all. i mean, you definitely can't quite compare it to mandai zoo (singapore zoo that is) but it's still worth going.

most importantly, ian enjoyed himself to bits. and i guess walking around the zoo did tire him out but hey, it was a good workout for us. yay! 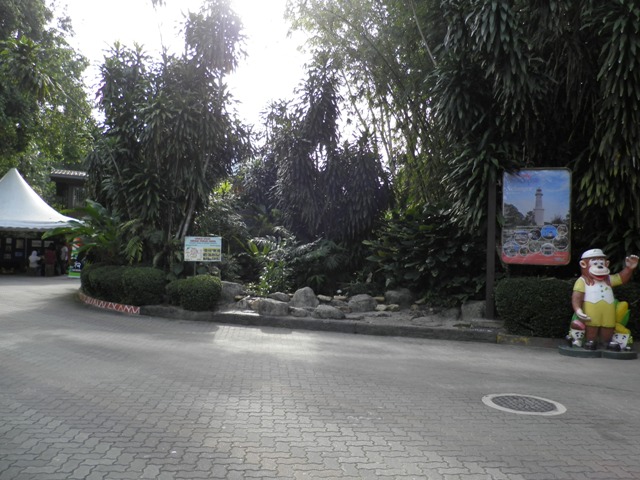 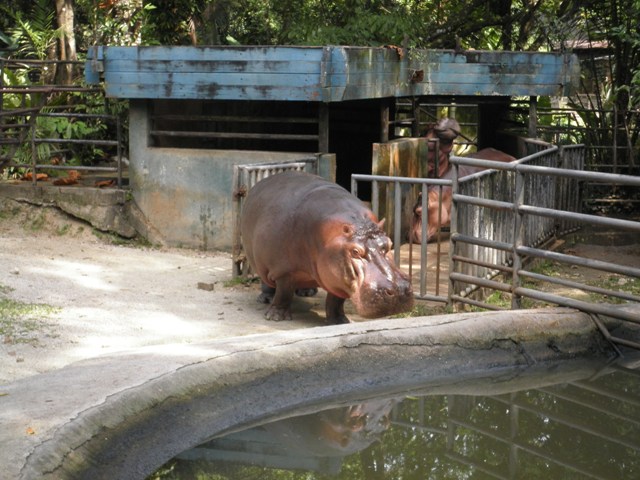 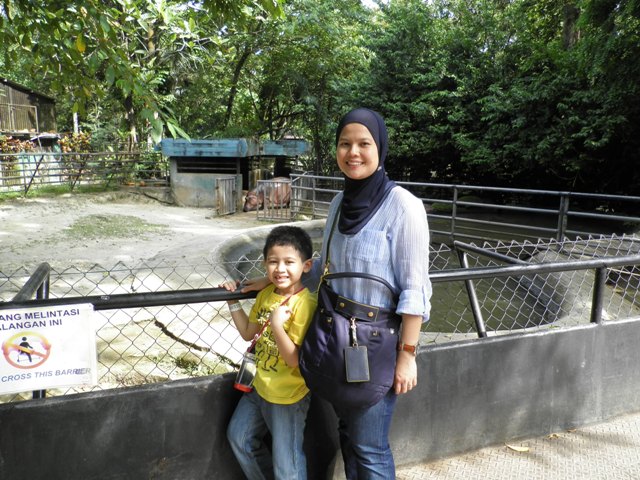 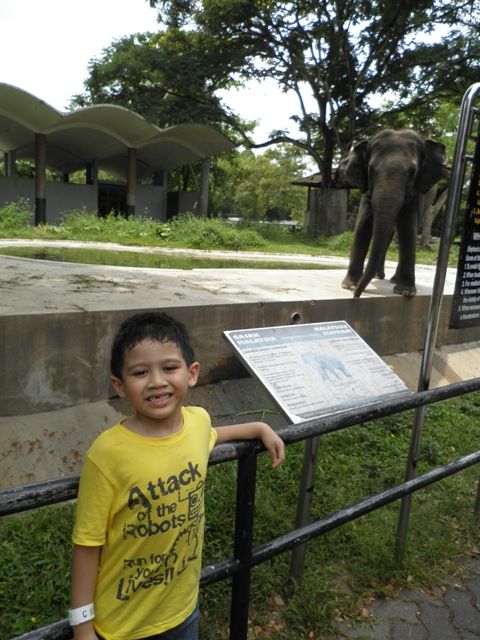 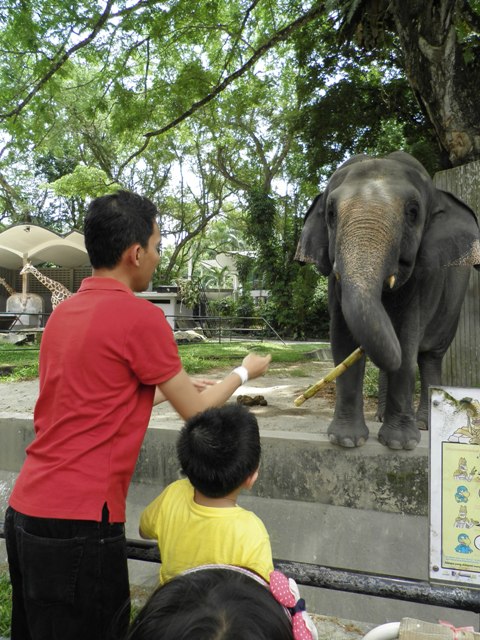 p/s: I nearly put up the MBMJ preppy bag i was seen using for sale. but i think i should keep it, now that it comes in real handy in times like this. :)
Posted by Suria Khamis at 5:42 PM No comments:

Email ThisBlogThis!Share to TwitterShare to FacebookShare to Pinterest
Labels: holidays

I'd really would love to get my hands on these babies...

going to the zoo tomorrow!!

and yes, i am super excited! well, it should be Ian but i am just excited as well. last i went was ages ago. and by ages, it meant i was eight years old then. (and i wonder if they would still have kfc there)...

ian has never been to zoo negara. he has been to melbourne's wildlife centre, singapore zoo and london zoo. zoo negara? never... so i think as a malaysian citizen, he should at least pay zoo negara a visit even if it's only for that one and only time in his life. (i'm trying to make amends here. my bad for never putting much thought about going to zoo negara in the first place).


there's just something about going to the airport that makes me go yay and hooray!!

i find airports to be an exciting place to be. the mood changes once you reach the airport, because you know that you are leaving for another place.

i don't even know why am i doing a post on airports. but boy i love it! it makes go on auto-holiday mode.... :)
Posted by Suria Khamis at 1:42 PM No comments:

i love japanese food, especially when it's the garlic rice, chawa mushi, miso soup and salmon teriyaki combo. but i was not much of a japanese dessert person. never actually took the liberty to learn nor try, except for the green tea with red beans ice cream that is. also some other japanese ice cream (kukerikan or something like that) from MOF (where has it moved to by the way? i couldn't find it at Pavillion last two weekends). :(

so when my friend annie suggested that we try mochi sweets, i wasn't entirely sure but pretty game about it. i mean, she described it as cold chewy pau. okay, doesn't sound tempting but when we got to the kiosk, i couldn't help being attracted to the array of mochis sold there!! i think i did try mini versions of this in my ice cream at MOF!! but the ones sold here are bigger, fatter, rounder... i've got to try it!!

and tried i did. i bought only two mochis though - mango filling and red been paste. annie got herself the green tea one. we were told to only consume our mochies after 30 minutes or so because it's currently frozen, so we needed to that it for a bit.

so, me being me... i couldn't wait 30 minutes. not when the mochis were practically calling out to me from its bag... "eat me! eat me!!"... i think it was already closed to half an hour anyways. or maybe it was just 15 minutes but i just couldn't resist taking a bite and and when i tried the mango one, OMG... it was absolutely yummy!!!!!!!!!!!!!!!!!! i feel like kissing the steering wheel there and then (no relation, i know)... it was lovely. it had a bit of the sorbet tasts and really creamy inside. and the chewy mochi skin makes it an awesome combo!! same goes for the red bean one. wasn't disappointing at all. i just had to bbm annie asking if she's had hers (which she obviously hadn't, being the very rule obliging girl that is)... :p she actually waited 30 minutes okay... but when she did she went OMG too... so we came to our very own conclusion that yes, these mochis were seriously damn good!! :D

i love mochi now. and i plan to get myself half a dozen mochis today. no, i don't plan to share it with anyone. probably with ian cause he's my son after all. :P

if you do plan to get yourself some mochis, you can either go to the old but newly renovated wing at One Utama or you can just head to tokyo street pavillion (6th floor i think) or the gardens. and for us muslims, don't worry about any gelatine ingredients or it not being halal because they do not use any form or animal extract / gelatine etc etc, everything is vegetables based. YAY! 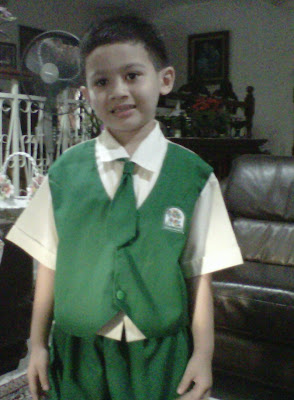 Ian's in a new school now... hubby and I felt that it is most appropriate to send him to the other kindy because the syllabus are more structured, and also in our efforts to prepare him for primary one in two years time. i know some parents would go like oh, but that's still a long way to go! but believe me, two years is NOT a long time.

school these days are competitive. kids are smarter, lessons are supposedly better and it's important for parents to really think of giving the best education for their children. it's not  a 'just because' situation and like it or not, we are the ones who help shape our child's future.

I will be honest here. i am right now already shopping for schools for Ian. truth be told, i don't share the same confidence and faith about our country's education system like I would have many many years ago. yes,  i now have doubts and i think i am not entirely at fault here. quality of teaching is one crucial matter that everyone should look into. and to constantly debate over the usage of either english and malay for schools subjects? stick to english. it's simpler to understand and  in the event your child goes abroad for his tertiary later, he will at least have the confidence to plough through and survive in a new western environment.

it's not easy doing school shopping. and sometimes i wonder if Ian is actually private school material (he can be a bit namby pamby at times). as much as i want him to rough it out in a government school, i don't want him to grow up being a tyrant (nauzubillah) nor do I want him to be so academic driven that he practically eat, live and breath books. what i want ian to be is a very well rounded individual. i want him to excel both academically and socially apt. i want him to have a good grasp of his surroundings but at the same time he values his traditions and most importantly, he is equipped with all the knowledge of Islam. i want him to have that kind of balance. but hey, i was from government school too, and Alhamdulillah I grew up fine. but over the years the government school system would have changed so that's where my worry comes from.

on the other hand, i should keep the money and save it for his tertiary cause deep down yes, i would like him to study abroad ( i did not get the chance to do so) and gain the experience. oh well, decisions decisions...
Posted by Suria Khamis at 1:48 PM No comments:

there's no other reason for my absence...


except for this very reason... hehehehe!!!